The Genome Clinic (Registered in England and Wales as Genome Clinic Ltd., No. 09142004, Companies Act 2006) is an independent specialist health service provider dealing with all forms of genetic and genomic diseases and related health matters. 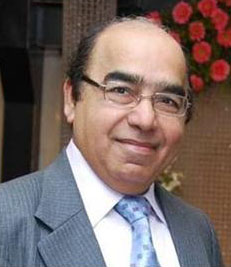 Professor Dhavendra Kumar is a Consultant in Clinical Genetics at the University Hospital of Wales, Cardiff University, United Kingdom. In addition to general and Paediatric genetic diseases, he leads the specialist service for Clinical Cardiovascular Genetics. He is the Visiting Professor to the Genomic Policy Unit, Faculty of Life Sciences and Education, the University of South Wales, UK. He is also the Adjunct Professor to the Public Health Genetics Unit at the Chinese Capital Medical University, Beijing, China and Chettinad Health University, Chennai, India.

He has several peer-reviewed publications in pediatrics and clinical genetics. In 2006, he established and developed a new biomedical journal (‘Genomic Medicine’-Springer) that led to setting up the official journal of the Human Genome Organization (‘The HUGO Journal’). He serves on the editorial board of the HUGO Journal as Co-Editor. He also serves as a member of the HUGO Publications committee.

During the long career in medical genetics, Professor Kumar has engaged in undergraduate (MB and BSc) and postgraduate teaching (MSc, MD & PhD). He has organized a number of national and international professional conferences and educational seminars. These have been widely acknowledged and appreciated at all professional levels. He founded and leads the ‘Indo-UK Genetic Education Forum’. He has initiated and leads an international genetics & genomics teaching and training program in Indian subcontinent, the Middle East, Africa and Latin America through educational seminars and establishing professional networks of joint partnership.

He is passionate for the applications of genomics in medicine, public/population health and bio-technologies, particularly in developing countries. He is actively involved in discussion and collaboration for raising awareness and promoting genetics/ genomics for improved healthcare and socioeconomic benefits in the emerging economies of the developing world.